Recently I was searching online on how to write script coverage and become a script reader as I felt I didn’t have a full understanding of those topics. In my search I found a website offering a free class that would “share the details of what it takes to become a reader.”

Since the class was free I decided to attend. It started out fine. The instructor was nice and eased us into talking about script coverage and their own background.

Then about halfway through the class, when the instructor promised to get more into the details about becoming a reader, the class clearly turned into an advertisement for their paid courses. The remainder of the class was largely them listing off how different parts of their courses have a $400, $2,000, or $11,000 value.

Most people in the class chat were praising this and saying it was a great deal, but I personally just felt uneasy about the whole thing.

Do you think I am correct in feeling uneasy about this? Or am I being judgmental and unfair to a legitimate business?

Something can both be a legitimate business and make you feel uneasy. For example, pawns shops are legitimate businesses. So are gun ranges, drug paraphernalia stores and strip mall psychics. That doesn’t mean you need to give them any of your money.

Don’t get hung up whether something is legit or a scam. If a business doesn’t feel right for you, trust your gut and move on.

Let’s talk a little about script coverage, and whether it’s ever worth paying to study it.

I first learned how to write script coverage while in graduate school at USC, in a class taught by uber-producer Laura Ziskin. She showed us examples of good coverage and then told us to write some. For several weeks, we’d take home a script from her library and write up coverage on it. (You can read some of this early coverage in my 1996 site, although I can’t find any with proper top sheets intact.) Laura or one of her execs would mark it up and offer feedback.

How much did I pay to learn coverage in Ziskin’s class? And how much was it worth?

Since that was only a small part of the class, it’s hard to break it out to exact dollars. But I’d guess it was less than $500. As part of a class designed to teach us to think critically about script development, the section on coverage was definitely worth it. In fact, a few months later I started working as a paid freelance reader at TriStar.

Do you, Ethan, want to work as a reader? If so, a short, structured program focused on writing coverage might be worth it, assuming it’s taught by someone who does it for a living. You’d want something like what I had with Laura Ziskin: a look at what executives want to see in coverage, and then a few cracks at writing it, with good feedback on what you wrote.

But that’s if you want to be a reader. It’s much more likely you want to work as a screenwriter.

In that case, your time is better spent reading as many scripts as possible and writing just your reaction to the scripts. What worked for you? What didn’t — and why didn’t it work? Most importantly, what did you learn?

If you can find a group of peers to regularly discuss the scripts you’re reading, all the better. But I don’t think you need to do it as part of a class.

John and Craig discuss their personal philosophies and how writers can approach philosophical questions in terms of theme (central dramatic question) and character (moral codes and motivation).

Then we cover virtual pitches and listener questions on eight-sequence structure and how to read a script. We also follow up on the agency campaign, failed insurrections, and bad IP.

Finally in our bonus segment for premium members, we revisit our disagreement in episode 481 about whether it’s okay to lie.

UPDATE 1-15-21 The transcripts for this episode can now be found here.

Loglines are one-or-two sentence summaries of a story or screenplay. Here’s an example:

That’s a logline I wrote for Sam Hamm’s 1988 script “Pulitzer Prize.” It’s likely the first logline I ever wrote, way back in film school. We were learning how to write coverage, the industry-standard reports that studios and producers use when considering projects.

I ended up working as a paid reader for a little over a year, writing coverage for Tri-Star Pictures. On the top sheet of every piece of coverage I turned in, I had to write a logline. Here are more examples from that time:

These feel like the summaries you’d see in TV Guide or on Netflix. They’re short, just enough to give a sense of the project.

Once I stopped working as a reader, I never wrote another logline. It’s just not a thing I’ve ever needed to do as a professional screenwriter.

But aspiring screenwriters sometimes do find themselves writing loglines, particularly when submitting material to competitions.1 So they’re worth discussing.

Luckily, a reader has spent a lot of time digging into loglines. Viðar Freyr Guðmundsson writes:

I went through the transcripts of your shows to find that you are in fact not huge fans of the concept of loglines. With my limited experience, I tend to agree. It seems counter intuitive for many types of stories to summarize them in a sentence or two.

There seems to be a dogmatic view, however in the community of screenwriters regarding this issue. It is that there is a certain formula for the perfect logline. The formula stated is as follows:

“When (inciting incident), (hero) struggles against (antagonistic force) in order to (goal) before (stakes are lost).”

My first logline basically fits this pattern, but notably none of the others do. Still, this feels right. Most stories and most loglines are going to have these elements.

There’s going to be a hero or group of heroes. The logline might shorthand this by using a location or setting. “A theme park” or “a space merchant vessel” suggests that the staff/crew/guests are the main characters.

Likewise, every story is going to have some central dilemma or conflict that serves as the antagonistic force. For the logline, that’s often implied by the setup.

This logline doesn’t say that the egg thief is the antagonist, but it’s a reasonable assumption.

I was curious to find if the best loglines, of the movies we all know, do in fact follow this template to a degree. So I went through the ‘101 Best Movie Loglines Screenwriters Can Learn From’ as chosen by Ken Miyamoto of Screencraft. My aim was to identify these key features of an ideal logline.

Guðmundsson found that the overwhelming majority of loglines have either three or four of the elements, while very few (6%) seem to follow the formula completely.

A common pattern of deviation seems to be that there is either no goal or no antagonistic force. Perhaps these are somewhat interchangeable.

Here’s a look at how many loglines had two or more elements: 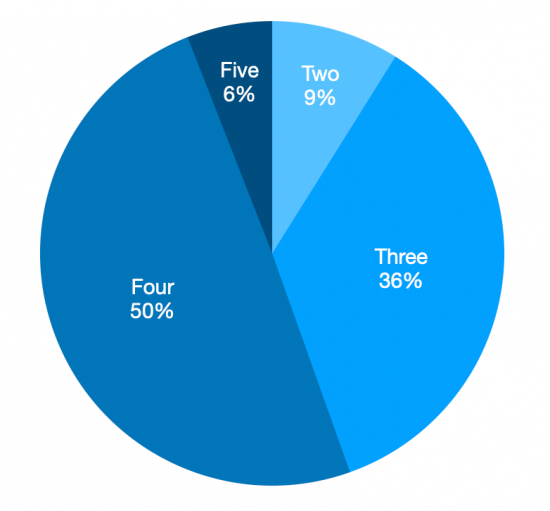 Do loglines matter? After all, they aren’t something screenwriters are paid to write, nor are they meant to sell someone on an idea like a pitch.

Having written a lot of loglines as a reader, I’m mindful that several of my films are difficult to reduce to a sentence including Go, Big Fish and The Nines. God help whatever reader had to write coverage on them.

Loglines aren’t plot or story. At most, they’re arrows pointing towards story. As you can see in Guðmundsson’s markup of the Miyamoto loglines, you wouldn’t know quite what movie you’re getting based on a single sentence.

One Hundred and One Loglines

These are from Screencraft, with highlighting by Guðmundsson. Here’s the template:

When (inciting incident), (hero) struggles against (antagonistic force) in order to (goal) before (stakes are lost).

Big thanks to Dustin Bocks for his web wizardry getting this highlighting to work.

John is joined by The Americans’ executive producer Stephen Schiff at a live Scriptnotes taping in New York! They discuss grounding an outrageous premise in character, suspension of disbelief, premium act breaks, and writing for a foreign language.

We also answer audience questions about New York writers rooms, expert consultants, expecting comparisons, first drafts, and how to write a period piece when history is full of spoilers.

UPDATE 2-20-18: The transcript of this episode can be found here.